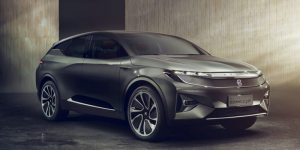 One year after the concept presentation of its first model, the Chinese electric car startup Byton, led by former BMW-i manager Carsten Breitfeld, follows up at the CES with the pre-series version of the electric SUV M-Byte, which is due to go into production this year.

The focus of the presentation was on the cockpit design, particularly the 48 inch cockpit display, which is probably the largest in the world in a production car. This extends over the entire front from A-pillar to A-pillar and can display different content streams in a so-called split-screen mode. In addition, the M byte will also be equipped with screens or touch-pads in the centre of the steering wheel, between the front seats and on the backrests of the front seats. Furthermore, the front seats can be turned inwards by 12 degrees to create “a communicative space for the passengers when the car is at a standstill”, according to the manufacturer.

“The M byte reflects the transformation of the traditional car into a next-generation smart device,” says CEO Breitfeld. In this respect, it was developed for an automotive future, in which mobility is increasingly becoming a digitally networked experience. Users have access to Amazon Alexa and the open platform Byton Life, which links applications, data and intelligent devices. The first series Bytons will also be equipped with 5G antennas for super-fast internet. 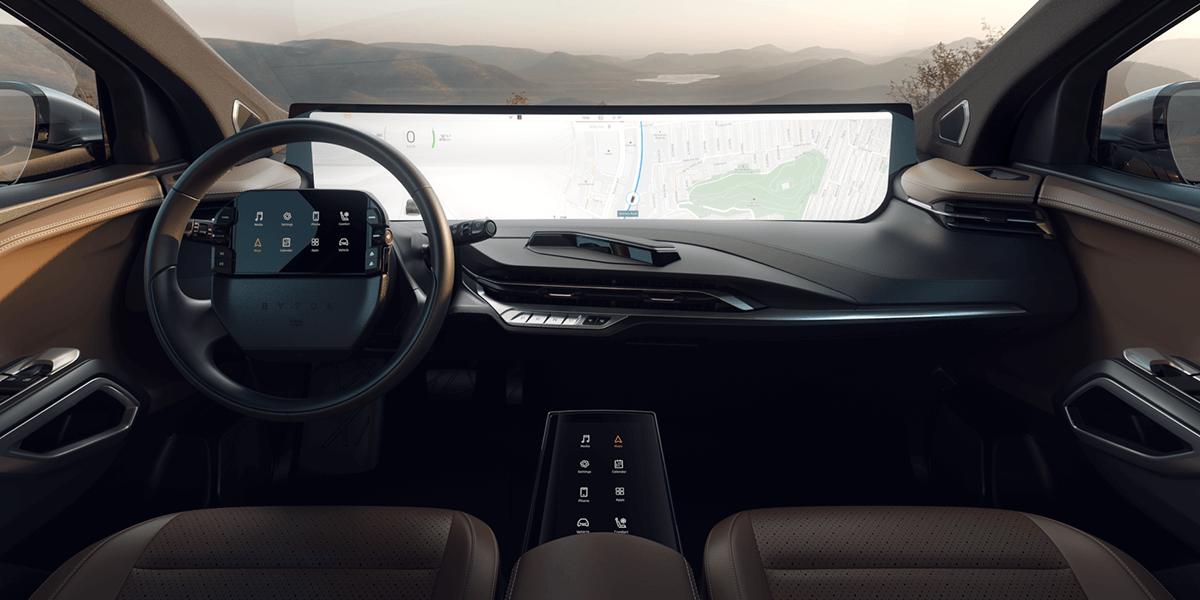 Byton is currently testing around 100 prototypes of the electric SUV under real conditions. The serial version of the M-Byte will be presented in summer 2019, and series production is scheduled to start in Nanjing, China, at the end of the year. The factory there is using machines from the German specialists Kuka and Dürr, among others, and according to Byton, is expected to be completed in the course of the year. According to Breitfeld, the financing is at least secured, and a third round of financing is currently underway. Ultimately, the basic version of the M byte will cost about 40,000 euros and feature a range of 500 kilometers. For Europe and the USA, the market launch of the electric SUV is planned for the second half of 2020. As far as the general production volume is concerned, the startup in Nanjing expects an output of 300,000 electric cars per year from 2020 onward.

Looking at the production launch, Byton’s recent takeover of the FAW subsidiary Tianjin Huali was essential. Through this acquisition, the company, which, in addition to its headquarters in Nanjing, has branches in Munich and California, has secured a production license for the upcoming serial production in China. Concrete production plans have also been drawn up for Byton’s second vehicle, the K-Byte: the electric limousine is expected to go into production at the end of 2020.

Update 08.01.2019: According to Reuters, Byton is planning a new financing round in which the company aims to generate at least 500 million dollars to finance growth. Byton mainly intends to invest the fresh capital in the serial production of its first model M-Byte and in research and development.