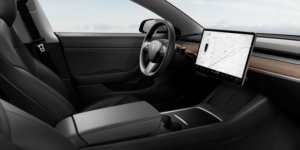 The California Department of Motor Vehicles (DMV) has had a few problems with its rules after an examiner failed a young driver doing his exam in a Tesla because of the car’s regenerative braking system.

The examiner failed the teenage driver because the Tesla he was driving had the regenerative braking function on, which meant he didn’t need to move his foot from the accelerator to the brake until just before the car should make a final stop.   To pass the driving examination, the teen would have had to show he could move his foot from the power pedal to the brake pedal to slow the car down before finally stopping, the examiner said in justification. However, that not being enough, the examiner also “recommended” that, next time, he should: “Bring someone else’s that has a motor instead of an actual electric car.”

His father subsequently appealed the decision, prompting the DMV to revise the failed test to let the teenager pass. The agency has also now advised staff not to have a drive test hinge on a car’s regenerative braking capabilities.