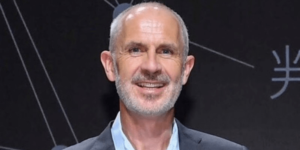 Swedish carmaker Volvo has appointed a new CEO. Jim Rowan will take over as CEO from Håkan Samuelsson in March 2022.

Under Håkan Samuelsson, Volvo Cars initiated the farewell to the combustion engine – with the goal of making the brand a purely electric car manufacturer by 2030 and accounting for 50% of all sales being electric by 2025.

According to Volvo Cars, Samuelsson’s contract ends in March 2022 after a ten-year tenure, at which time also leave the Volvo Cars board. He will stay in the Volvo family shortly to accompany the electric car subsidiary Polestar in its planned IPO. The Swedish CEO speaks fluent German due to his past in the VW Group. After he guides Polestar through the SPAC process, he will retire. He will have turned 71 in March.

When Jim Rowan takes over as CEO and president of Volvo Cars the British citizen will not be drawing on experience in the car industry. He is currently, among other things, CEO of Ember Technologies (a maker of a smart cup with temperature control), a board member at PCH International, a senior advisor at the investment company KKR and, since April 2021, a member of Henkel’s shareholders’ committee. Previously, he spent eight years at Dyson – as a chief operating officer from 2012 to 2017, and CEO from 2017 to 2020.

Volvo says it values precisely this experience in the technology and consumer sector, such as expertise in transformation strategies and customer engagement, but also digitalisation, disruption, innovation, engineering and supply chains. Eric Li, chairman of the board at Volvo explains: “Volvo Cars is going through a rapid transformation of digitalisation which is why we wanted to bring in someone with global CEO experience from outside the automotive industry. Jim is the right person to accelerate Volvo Cars into the future – enabling it to become the fastest transformer in its field and a fully electric company with millions of direct consumer relationships.”

Li also thanked Samuelsson “for his commitment and determination over the past ten years at Volvo Cars.” Li added that “Håkan has, together with his management team, created a renewed and strong product line, re-established Volvo as a premium brand that is well placed for the future, and enabled the successful listing of Volvo Cars.”

Volvo has already made some steps in digitalisation – such as the online-only sales of BEV models or the Android Automotive integration at Polestar and Volvo’s BEV models. Exactly how Rowan will further develop the strategy is not yet clear. “I am delighted to join Volvo Cars at such an exciting time for the company and at such a transformational time for both the industry and consumers,” says the incoming CEO, still generally. “The strong track record of Volvo Cars across innovation, safety and quality, coupled with world-class talent and inspiring sustainability and technology capabilities, places it in the driver’s seat for the road ahead.”