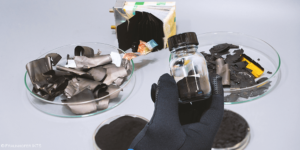 Veolia UK did not go into more detail, possibly because the actual capacity will depend on the volume of retired electric car batteries in the UK in 2024. As a result, Veolia delivers no estimate at this stage. By 2040, however, the transnational company with headquarters in Paris figures there will be 350,000 tons of end-of-life batteries from electric vehicles.

Veolia also said they would initially discharge and dismantle batteries before completing the mechanical and chemical separation recycling processes to recover the raw materials. Veolia does not further specify the processes it will apply in the brief announcement.

However, the French company expects recycled battery materials to reduce water consumption and greenhouse gas emissions by up to 50 per cent compared to traditional mining methods.

“We will not reach carbon neutrality without increasing our investment and development of new technologies and recycling opportunities,” said Gavin Graveson, Veolia’s Senior Executive Vice President Northern Europe. “As the demand for electric vehicles increases, we will need this facility – and more like it in the UK – to ensure we don’t hit a resource crisis in the next decade.”

In France, however, Veolia, together with Solvay, founded a consortium in 2020, which Renault joined a year later as reported. The French carmaker stated at the time, the partners would contribute “their respective know-how at each stage of the value chain” and improve existing mechanical and metallurgical battery recycling processes. This will include, for example, the collection of used electric vehicle batteries, but also dismantling, metal extraction and cleaning. A pilot plant in France was under construction, according to Renault.

However, Veolia did not mention Solvay or Renault in today’s announcement of the battery recycling factory in the UK.