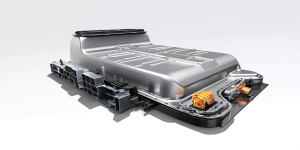 The Renault Group will cooperate with the waste disposal and recycling specialist Veolia and the chemical group Solvay in the development of a circular economy for metals from the spent batteries of electric vehicles. The three companies have presented a declaration of intent.

The aim of the partnership is to create a secure and sustainable source of supply for strategic battery raw materials such as cobalt, nickel and lithium, according to Renault. Veolia and Solvay had already founded a corresponding consortium in September 2020, which the Renault Group is now joining.

According to the French carmaker, the partners will contribute “their respective know-how at each stage of the value chain” and improve existing mechanical and metallurgical battery recycling processes. This will include, for example, the collection of used electric vehicle batteries, but also dismantling, metal extraction and cleaning. A pilot plant in France is already under construction, he said.

“We aim at implementing innovative and low-carbon battery recycling solutions to pave the way to sustainable sourcing for strategic battery materials as electric mobility is growing,” says Renault CEO Luca de Meo. “Together, we will leverage our strong presence on the entire EV value chain in Europe to take a competitive position in the battery materials market and generate value beyond our core business.”

As de Meo elaborates, the group is taking a holistic approach. We have already reported on various second-life applications, but according to the CEO, a system for collecting and recycling batteries is now to be added – and also “the repair of first-life batteries to extend their life in the vehicle”. The latter has already been offered, but in practice there have been recurring problems.

Renault already has a number of electric cars in its range, including the Zoe small car, one of the most popular models in Europe. In the future, more models are to follow, such as an electric Mégane in the compact class or a Renault 5 as another electric small car.