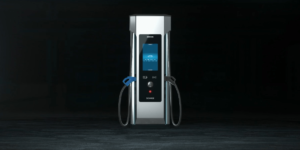 The Israeli energy company Delek wants to install HPC stations for electric cars at 40 petrol stations throughout Israel. According to a media report, Dalek will be using Siemens charging stations.

According to a report in the Jerusalem Post, the Siemens charging stations with an output of 150 kW are to be installed at strategic locations in Israel as part of a partnership with Zen Energy. Zen Energy specialises in building, maintaining and operating clean energy solutions, including charging stations. Siemens, introduced the Sicharge D stations to market almost a year ago. These a new support charging powers between 160 and 300 KW, depending on the version.

The charging stations selected by Delek are all located on main roads. “The coming years will be crucial in terms of supplying the infrastructure required at the national level ahead of the significant rise in electric cars on Israel’s roads,” Yossi Azaria, CEO of Zen Energy told the Jerusalem Post.

Delek Israel, a subsidiary of Delek Group, operates one of Israel’s largest chains of gas stations, operating 245 petrol stations around the clock.

Qualiconsult to get charged by Renault’s Mobilize