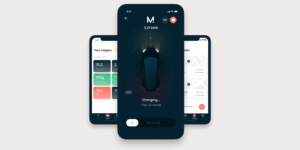 Danish charging platform Monta has reportedly closed a €15 million Series A funding round. The Copenhagen-based startup plans to use the fresh capital to expand into new markets and double its headcount.

The funding round was led by Creandum, a Stockholm-based venture capital firm. Headline is also said to have made a significant investment. Monta previously received five million euros in a pre-seed and seed round. The capital now raised brings the company’s investment to more than 20 million euros in just over a year since its founding.

According to the company, the focus is on user-friendliness and automation. For end customers, the Monta app (iOS, Android or as a web app) will display charging stations, visualise their own CO2 emissions or the use of renewable energies. The graphically simple display is intended to take away range anxiety.

End customers will also be able to offer their own charging station for use by others with full transparency using the Monta service. Via the app, providers can set the prices for charging, also for specific user groups: for example, employees can use the charging points free of charge, while external users can be made to pay a fixed price. Billing is also done centrally via Monta. As payment options, the Danes support credit cards, Apple Pay, Google Pay, various charging cards and their own Monta Wallet – here users can upload credit in advance and then use it for charging.

General Motors to use fuel cells to power DC chargers