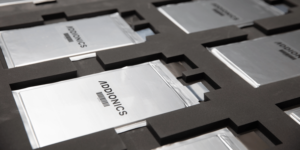 The Israeli battery technology company Addionics has closed a series A financing round of 27 million US dollars. The backers include automotive supplier Magna International and aluminium recycler Novelis. The startup plans to use the funds to advance its technology, among other things.

The financing round was led by Deep Insight, Catalyst Fund, Delek Motors and Boaz Schwartz. The company also receives strategic and financial support from Novelis and Magna International, as well as David Deak, who joins Addionics’ board of directors with his investment, the company writes in a press release. Existing investors who participated in the round are NextGear Ventures, Magna Capital Partners and Vasuki Global Tech Fund.

The startup plans to move forward with integrating its technology into a variety of applications, with an initial focus on electric vehicles. The company is working with automotive manufacturers and suppliers in the US and Europe to integrate 3D smart electrodes into lithium nickel manganese cobalt oxide (NMC), lithium iron phosphate (LFP), silicon, lithium polymer batteries and solid state batteries (SSB), it said.

At the heart of Addionics, the company says, is a patented and scalable electrode manufacturing process that is expected to significantly reduce manufacturing costs and enable the mass market introduction of 3D electrode structures, arguably because the solution is compatible with existing battery production equipment. The company is also using an AI algorithm to speed up battery development time, he said.

“With the backing of our esteemed investors and strategic partners, Addionics is forging a clear path to market disruption and is well-positioned to deliver higher performing, lower cost batteries at scale,” said Moshiel Biton, CEO and co-founder of Addonics. “We look forward to accelerating our product development and laying the necessary groundwork for commercialization as we remain committed to our mission of revolutionizing the battery industry by building the best battery cell architecture in the market.”

Addionics states that the Series A investment follows an initial funding of nine million US dollars led by Next Gear Ventures. It said the investment from Next Gear Ventures included a US$2.5 million grant under the European Union’s Horizon2020 innovation competition. Addionics aims to achieve commercialisation of its applications by 2024. The funds will also be used to expand the company’s team and grow its operations in the US and Germany.

Vulcan Energy to look for brine in Italy