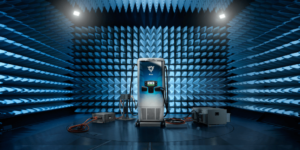 The new production facility will be located in the US city of Lebanon. Tritium says that at full capacity, production there can potentially be increased to as many as 30,000 units annually. President Biden used the announcement of the facility in Tennessee to reiterate his commitment to transition the US government’s fleet to electric power.

According to US state officials for President Biden’s announcement, production in Lebanon is scheduled to begin in the third quarter of 2022. Among the products built there will be the most familiar RTM150 model, as well as the PKM150 model that was introduced in December 2021. Over the next five years, this is expected to create more than 500 jobs in the region.

The company also says it will expand its European production capacity by 2023 by expanding existing facilities or building new ones. As yet, the company has not revealed more concrete information about its plans here.

“Tritium’s investment in a US-based, cutting-edge facility for manufacturing is part of our strong push toward global growth in support of the e-mobility industry,” said Tritium CEO Jane Hunter. “We are thrilled to work with the US Federal government and the State of Tennessee on this initiative. With the help of the hard-working residents of Tennessee, we expect to double or even triple our charger production capacity to further our product distribution throughout the United States”

In January, Tritium went public on the Nasdaq stock market in the United States. At the time, the company said that the capital generated by the IPO will be used to invest in expanding to three global manufacturing facilities and building global sales and service teams, among other things. Tritium merged with SPAC company Decarbonization Plus Acquisition Corporation (DCRN) for the IPO and will operate as Tritium DCFC Limited. The common stock and warrants now trade on Nasdaq under the ticker symbols “DCFC” and “DCFCW,” respectively.

Leap24 to build 240 HPC stations for trucks and vans