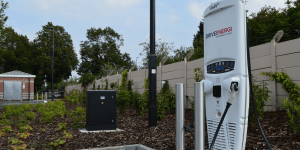 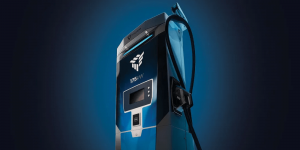 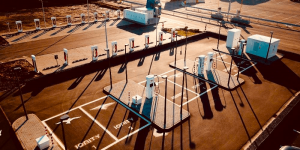 Australian charging station manufacturer Tritium will be Pod Point’s preferred partner for the planned rollout of DC charging stations in British supermarkets. The first DC charging points have already been set up and more are to follow soon. 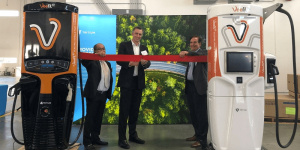 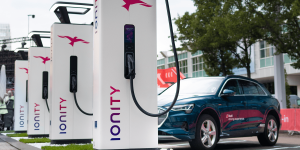 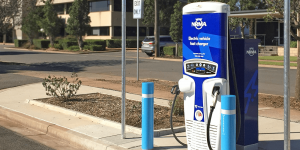 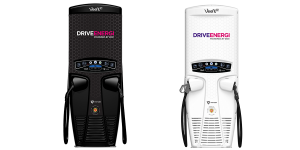 Box Energi plans to set up a fast-charging network for electric vehicles in the UK with 2,500 locations by 2025, with at least 100 locations expected to be operational by January 2020. 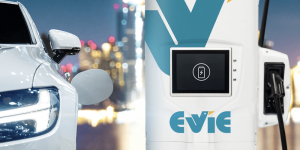 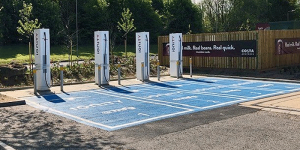 Tritium has signed a contract with Ionity for the supply of its HPC chargers for a further 120 charging parks. Last year, the joint venture already commissioned the Australian company to equip 100 sites. In addition, Tritium has received another order from Nissan. 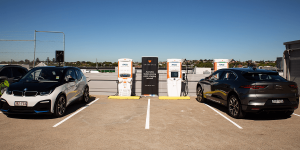 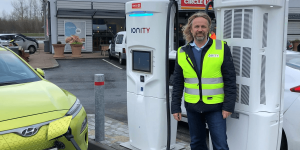 The Australian mobility initiative has secured a $7 million investment from St Baker’s Energy Innovation Fund to begin work on a project to build 42 EV charging sites across the nation. 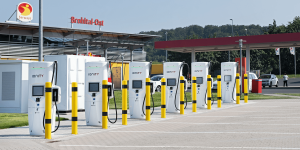 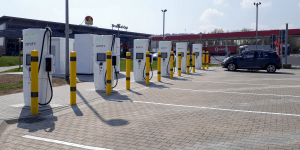 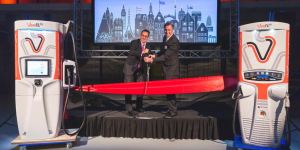 Fast-charging equipment designed Down Under shall become more widely available in Europe as Tritium opens its new European office in the Dutch capital. It will serve as sales and training center but also includes testing facilities for carmakers. 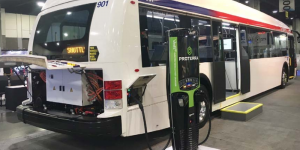 It took an Australian company to finish a fast-charging corridor that now enables EV drivers to travel from France through Belgium and the Netherlands. 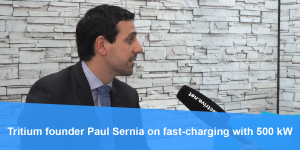 Tritium is from Australia but its Veefil EV charging solutions are expanding their territory fast. At the electrive.com studio powered by P3 at the EVS30 in Stuttgart, Paul Sernia reveals that they are thinking 500kW already.

End of flat rate charging: British EV drivers will have to pay as they charge along the Isles’ motorway as Ecotricity changes its fee system. The eco utility initially offered free charging at its 300 stations before introducing a 6 pound flat fee for 30 minutes – much to the dismay of its users. Now Ecotricity will drop that flat rate and introduce PAYG instead, based on 0.17p per kWh, with an additional 3 pound fee every time you plug your car in. Ecotricity customers get 52 free charges a year though and also won’t pay the 3 GBP connection charge.
autoexpress.co.uk

A H2 network in Japan has been agreed between Toyota, Nissan, Honda and eight other companies among them JXTG Nippon Oil & Energy and Iwatani. The agreement had been awaiting pen and paper for almost a year and will reportedly lead to 400 hydrogen fuel stations over the next ten years with 160 to be operational by 2020.
autocarpro.in

BYD builds on Montevideo’s electric cab fleet as it delivers an additional 20 e6 EV to join the existing 50. The government supports the effort with an impressive subsidy that practically amounts to 50 percent of the purchase price and also exempts EVs from import tax.
cleantechnica.com

Millions for e-scooter start-up: Berlin-based Unu secured 7.5m euros in another round of funding and wants to use the money to launch its electric scooters in France and the Netherlands. The circle of backers is international and includes French VC Iris Capital, Silicon Valley’s Michael Baum or NRW.Bank. Apart from the expansion, the three founders announced to be working on a new connected model. The original Unu scooter’s USP is its portable battery that facilitates charging anywhere.
gruenderszene.de (in German)

Electric trucks for charity: San Francisco Goodwill, a not-for-profit organisation, will deploy eleven electric trucks that will pick-up unwanted stuff and electronics in a bid to reduce not only poverty but CO2 emissions too. The test project involves BAAQMD, CARB, the Center for Transportation and the Environment as well as BYD. If successful, the charity may electrify its operations nationwide.
patch.com, sfgoodwill.org

Coming from down under to the UK market is Tritium with its range of Veefil EV rapid chargers. The Australian tech company has found its first UK distributor in Electric World Enterprises (EwE). Tritium believes the “small footprint” of its products may prove particularly fitting for Britain’s narrow roads.
fleetnews.co.uk, reneweconomy.com

Fastned en route to growth: The Dutch infrastructure company announced its Q1 figures. Both volume and revenue grew by 160 and 148 percent year-on-year. Client registrations increased by 62% and Fastned thus counts 3,520 active customers, or about a fifth of all EV drivers in the Netherlands.
fastned.nl

Alternative tracks are what BMW apparently wants to leave in California. The carmakers “Road to Coachella” campaign will see the i3 and X5 40e iPerformance serve as shuttles for the Coachella music festival. The i8 is reserved for VIPs, who will be accompanied by a soundtrack composed by Hans Zimmer, who delivered the score for the Dark Knight or Pearl Harbour movies.
bmwgroup.com

It is the first time opportunity charging is implemented in the UK. Eight electric Volvo buses will be delivered to Harrogate, where they are to enter service in 2018. The 7900 Electric models will be charged automatically via an overhead mast and pantograph using the common interface OppCharge. The latter has spread to twelve countries already, unifying charging for vehicles of various makers.
automotiveworld.com

Green drive at Vattenfall: The Swedish utility flipped the switch this January to electrify its entire fleet. Over the next five years, 3,500 vehicles in Sweden, the Netherlands and Germany will be replaced by electric alternatives. They will cover all areas, from passengers over technical support and maintenance.
vattenfall.com

Charging India: 1,200 EV charging stations shall come to India’s main roads, according to the government’s latest push to go electric. It also includes 200 fast-chargers. A pilot project is to start in Nagpur for the electrification of commercial vehicles.
indiatoday.in

Meanwhile, National Grid is to install 1,200 EV charge points as well but only in Massachusetts over the next three years. They are to cover 140 locations at work-places as well as multi-dwellings and include fast-chargers. The proposal is pending approval by the state’s Department of Public Utilities.
nationalgridus.com

Tritium goes Torrance: Australian infrastructure provider Tritium that makes the Veefil station has set foot into California. It is its first oversea facility and is located in Torrance, from where it is to offer customer service, local manufacturing and R&D in the Americas. Regional partners wanted!
reneweconomy.com