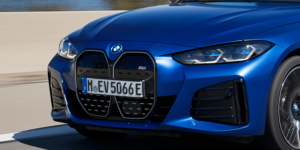 The first models of BMW’s ‘New Class’ planned for 2025, which will be designed primarily for electric cars, will be an SUV-like model and a flatter sedan based on the three-series, according to media reports. Planned production start in Hungary is 2025.

Last fall, the internal designation NK1 was already circulating for the “electric three”; in the meantime, according to the report in the German publication Automobilwoche, the two planned launch models of the New Class are also being referred to as NA0 (SUV) and NA5 (sedan). In terms of sales designations, however, the two models are to fit into BMW’s usual nomenclature – but exactly how is still an open question.

The ‘New Class’ is a completely new approach to building cars, according to BMW’s Chief Development Officer Frank Weber. This involves not only switching from an internal combustion engine platform that can also accommodate electric drive systems (as in the upcoming i7) to an electric platform that can also accommodate internal combustion engines (as in the ‘New Class’), but also the approach to battery, design, production and raw materials.

It is already clear from the reports from autumn last year that it will be an 800-volt system with up to 350 kW charging power – these figures are also confirmed in the current report. Since the energy storage units are to be installed in a new way in the ‘New Class’, cooling will be more efficient and range losses in winter will be “hardly worth mentioning,” according to Automobilwoche. In addition, the ranges are to be “on a par with comparable internal combustion engines.”

BMW will continue to rely on AC and DC charging – even with 350 kW, a few minutes of charging time will still be needed on the long haul. The Munich-based company is not planning a battery swap function and described such swap stations as “not expedient from our point of view.” Instead, the focus is on developments such as the solid-state battery and battery recycling.

Production of the New Class is scheduled to start in 2025 at the plant near Debrecen in Hungary, which is being built for this purpose. The first buildings are currently being erected. After the start of production in Hungary, however, the New Class will also roll off the production line at the main plant in Munich. However, the report does not say how the NA0 and NA5 models will be distributed between the plants. However, a similarly sized electric sedan, the i4, is already being built in Munich.