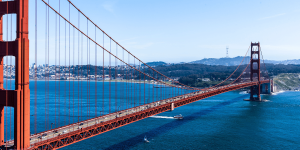 The US Environmental Protection Agency (EPA) has officially restored California’s right to set its own emissions limits and standards for the sale of zero-emission vehicles.

In doing so, the agency is reversing a decision made by then-President Donald Trump in 2019, in which California had been stripped of these rights. “With today’s action, we reinstate an approach that for years has helped advance clean technologies and cut air pollution for people not just in California, but for the U.S. as a whole,” EPA Administrator Michael Regan said.

Unsurprisingly, California Governor Gavin Newsom welcomed the move. It remedies the Trump administration’s “groundless ​attack on a critical program that is based on California’s decades ​of experience setting emissions standards as authorized by law,” Newsom said to Reuters.

California is known to be home to the largest electric car market in the US. The state had been contributing to this for years with policies – such as an electric car quota, also known as the ZEV (Zero Emission Vehicle) mandate. The right to enact this exemption had been fought by the Trump administration for a long time – probably also because other states had adopted California’s ZEV mandate. That, too, is now possible again: the EPA also revised a Trump-era decision to prohibit other US states from adopting the California regulations instead of the federal standards.

The California Air Resources Board (CARB) immediately announced that it would “significantly increase” the 2030 requirements. A December 2021 document cited an EV quota of 61 per cent for 2030. The background to this is a decree by Newsom from 2020, according to which only zero-emission passenger cars may be sold from 2035. By 2045, every new commercial vehicle in the US state is also to be electric.