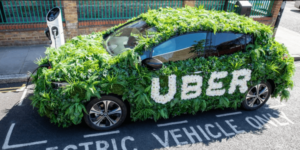 In London, the boroughs of Brent, Newham and Redbridge are cooperating with Uber to install 700 chargers for electric cars on London streets. Uber is investing £5 million in the chargers, which will be branded by Uber but available for all drivers to use.

The aim is for the new on-street charging points to improve access for those without driveways or home chargers. Uber says it will be working with the boroughs to determine where the chargers should best be installed. An Uber spokesperson told electrive that the chargers will be in the ground in 2023. He said it is unclear which charge point manufacturers will be used, as the three councils will run their own procurement processes.

So far in London, most of the city’s EV chargers are installed in central and west London, with over a quarter of chargers in Westminster, Kensington and Chelsea, and Hammersmith and Fulham. The new chargers should allow better access for EV drivers of both ride-hailing and private use electric cars across north and east London.

Uber says that the supportive policy framework in London has enabled Uber to accelerate its electrification efforts in the city. The ride-hailing company says that more than 5,000 EVs are currently on the Uber app in London and says it is on track to more than double this number by the end of the year. Uber wants to become an all-electric platform in London by 2025.

This time last year, Uber launched its ‘Uber Green’ EV-only option, initially in London’s Zone One. Now, Uber says it will expand this option to the whole of the city – meaning that riders will be able to request an electric vehicle from anywhere in the city for the same price as a normal UberX. To incentivise the drivers, Uber ensures that they earn 13% more when taking trips on Uber Green.