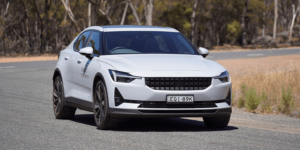 In the Australian state of Queensland, incentives have been introduced for the purchase of electric cars. The subsidy per car amounts to $3,000 Australian (around 2,000 euros) for new battery-electric cars that cost up to $58,000.

Transport and Main Roads Minister Mark Bailey pointed out that the investment is not just an incentive for drivers to go emission-free but also forward those industries involved in electric mobility. He says that transforming the state’s vehicles and infrastructure “…will deliver a clear signal and pipeline to car manufacturers, battery and minerals manufacturers and charging infrastructure manufacturers that Queensland is the place to grow their business and continue to build on our States’s successful jobs and economic results.”

The rising star of Australian electric mobility companies is, of course, the EV charging station manufacturer Tritium, which was founded and is based in Queensland (although now expanding to three plants globally).

Transport Minister Bailey sees the northern Australian state – nicknamed the Sunshine State – as an obvious location for electric mobility industries. “Queensland is one of the sunniest and windiest places on earth and can become a renewable energy superpower, creating a sustainable jobs boom.” Australia is also home to some of the world’s largest lithium reserves, among other materials such as cobalt required for electric vehicle batteries.

This outlook has been less clear to Australia’s federal government, which has been reluctant to embrace Australia’s clean energy future. The federal government does not contribute to electric vehicle purchases, although recently, through its Future Fuels & Vehicles Strategy, began supporting the expansion of charging and hydrogen fuel infrastructure. Purchase subsidies are also provided by the state government in New South Wales, Australia’s most populous state.

No new combustion vehicles in Washington State by 2030