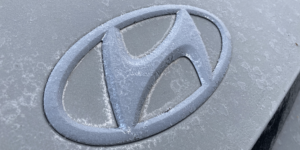 Some manufacturers find it difficult to say goodbye to the internal combustion engine. According to a new paper filed with the US Patent and Trademark Office, Korean carmakers Kia and Hyundai could make their electric cars vibrate artificially to simulate the feeling in a car with a roaring motor.

The Hyundai-Kia patent involves a virtual vibration that would change depending on the speed. Fair to say, both companies have been active in issuing electric cars so it is unclear if they will bring the idea to series fruition. Most electric vehicles already use some sound to give drivers a clue when they are speeding up. Porsche, for example, programmed an electronic whooshing noise that drivers can hear inside the cabin. However, it does not try to emulate the sound of a 911 engine.

In any case, Hyundai and Kia are not alone. A patent recently surfaced showing that Toyota is working on a manual gearbox simulation for electric cars.