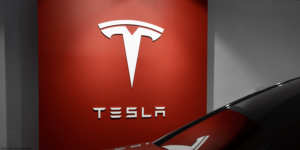 Tesla has confirmed that it is planning another stock split. According to the electric car manufacturer, it will ask its shareholders for approval for this at the next annual general meeting.

Tesla had already split its stock in 2020. The company value does not change due to the stock split – but since the company value is distributed over significantly more shares, each share only has a smaller share in the company. This means that the share is automatically worth less.

At that time, the share was split in a ratio of 1:5, i.e. each shareholder received a dividend of four additional ordinary shares for each share held. Instead of one share with a value of 1,000 dollars, the investor then had five shares each worth 200 dollars in the securities account, to give an example.

Tesla has not yet named a concrete ratio for the planned split. In recent months, however, the share price rose above 1,000 dollars again.

With the stock split, Tesla primarily wants to lower the barrier to entry for a possible investment, which will probably mainly affect small investors. The stock split will hardly affect large investors, who deal with higher amounts anyway. The aim is to make it possible for more employees and investors to become shareholders, as Tesla already explained in 2020.

One difference is that back then, Tesla was still able to decide on the stock split on its own. But since the number of authorised shares is now too high, shareholder approval is required at the annual general meeting. A precise timetable for how quickly the split could be completed after a resolution has been passed is not yet known.

Tesla has specified the announced new share split: A three-to-one split is planned. The stock split still has to be approved by the shareholders’ meeting. The meeting is scheduled for 4 August.

The stock split is intended to lower the trading price of Tesla shares so that the company is once again more attractive to small investors. Most recently, a Tesla share was worth just under 700 US dollars, which is a high hurdle for many small investors. In a 3:1 split, each Tesla shareholder would receive three additional Tesla shares (at the correspondingly reduced value) for each share held. The notification to the US Securities and Exchange Commission (SEC) shows that Tesla intends to increase the total number of its shares by around four billion.

In addition, Tesla informed the SEC about another personnel matter: Oracle founder Larry Ellison has resigned from the Tesla board of directors. He had been a member of the board since 2018. Since the position is not to be filled, the number of members drops to seven.