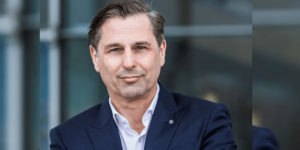 Klaus Zellmer will become the new Chairman of the Board of Skoda Auto on 1 July 2022. The VW brand’s board member for marketing and sales succeeds Thomas Schäfer, who will take over as chairman of the board of the Volkswagen brand on 1 July.

It was already clear that Schäfer would be moving from Mlada Boleslav to Wolfsburg – he succeeds VW brand boss Ralf Brandstätter, who is moving to Beijing as Volkswagen’s new China board member. While his succession with Schäfer was quickly clarified, the top personnel at Skoda remained open for a long time.

The new Skoda boss, Klaus Zellmer, has been responsible for the Sales, Marketing and After Sales divisions on the brand board of Volkswagen Passenger Cars. For Zellmer, this is the second change within two years: It was only on 15 September 2020 that the then head of Porsche Cars North America took over the sales department in Wolfsburg from Jürgen Stackmann.

Zellmer was active in various positions at Porsche from 1997 to 2020 and spent most of his career there to date. A graduate in business administration, he is considered an expert in marketing and sales – prior to his time as head of Porsche’s US sales organisation, he was chairman of the executive board of Porsche Germany for five years.

“Klaus Zellmer has more than 20 years’ experience in the industry,” says Murat Aksel, chairman of Skoda’s supervisory board. “During this time, he has not only distinguished himself as a leading automotive expert but has also demonstrated great strategic and entrepreneurial foresight. I am convinced that, alongside the Board team, he will do everything in his power to continue to systematically advance ŠKODA AUTO’s successful development.”

Aksel also thanked Schäfer for his leadership during the two “extremely challenging years” and the plan for the future until 2030 that the Board of Management has developed under Schäfer. “Thomas Schäfer has laid the foundations for a promising future for the ŠKODA brand by successfully launching the electric ENYAQ iV and other planned e-models, taking on responsibility for regions and platforms for the Volkswagen Group and successfully implementing the INDIA 2.0 project,” Aksel said.

In Wolfsburg, Schäfer has now already been appointed Chief Operating Officer of the Volkswagen brand – a position Brandstätter also held before taking over from Herbert Diess. When Schäfer then takes over as Chairman of the brand’s Board of Management in July, he will also join the Group Board of Management, where he will assume responsibility for the Volume brand group. During the transition period from April to July, Brandstätter and Schäfer will prepare the seamless handover of the chairmanship, according to VW.

Schäfer started his career at Daimler in 1994 after studying mechanical engineering. In 2012 he joined the VW Group, and since 2015 he has been Chairman and Managing Director of Volkswagen Group South Africa – from there he moved to Skoda in 2020.