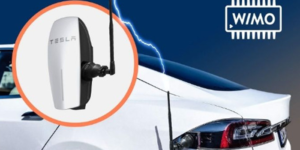 This year’s jokes included numerous variants from multiple manufacturers: For example, Amateur radio specialist WiMo reported of a new technology allowing Teslas to be charged without cables thanks to power-over-air adapters.

On the subject, Tesla was also reported to be planning a joint venture for electric tractors and a Bitcoin factory in Grünheide. Britsh automobile manufacturer MG Motor UK announced the MG Carfume, a perfume “for the electric driver who wants to smell expensive and loves the smell of CO2 emissions in the morning”.
wimo.com (in German), fwi.co.uk, btc-echo.de (in German), twitter.com