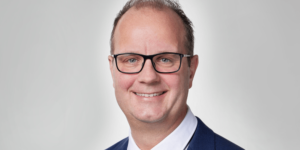 In the UK, Thomas Müller is to take over responsibility for the technical development of all new Jaguar and Land Rover models, including hardware and software, with immediate effect. Müller wants to “usher in a new era of electric drive and digitalisation” at JLR.

The new Executive Director of Product Engineering at JLR was born in Brazil in 1976. The engineer joins Jaguar Land Rover from the Volkswagen Group, where he held various management positions in Audi’s technical development. Thomas Müller succeeds former Chief Technology Officer Nick Rogers, who left the company in December 2021.

In February last year, Jaguar Land Rover announced that it will become a zero-emission car brand from 2025 onwards, as part of the JLR strategy ‘Reimagine’. Land Rover plans to greatly expand the number of electric models.

Upon his appointment, Müller revealed some of his intended strategy: “By fully implementing agile principles, automating engineering processes and applying innovative product development methods, we will bring to life a new generation of electrified Jaguar and Land Rover models that embody our modern luxury philosophy.”

In his previous position at Audi, Müller was most recently Executive Vice President for Research and Development ADAS and Autonomous Driving at Volkswagen Group’s automotive software subsidiary, CARIAD.

Sono signs Valmet as contract manufacturer for the Sion