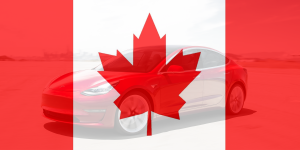 The Canadian Government has issued its 2022 budget, which includes comprehensive investments in electromobility. This involves not only purchase incentives and infrastructure expansion but also the raw materials supply chain.

3.8 billion Canadian dollars (around 2.8 billion euros) will go toward implementing Canada’s first strategy for critical minerals for use in electric cars, among other things. Details on raw material production are not yet known. The Government will also allocate more than 3 billion Canadian dollars (2.2 billion euros) to make electric vehicles “more affordable” and build a national charging station network.

This includes $1.7 billion (€1.25 billion) over five years to extend the Incentives for the Zero-Emission Vehicles rebate program through March 2025 and $547.5 million (€400 million over four years to launch a new purchase incentive program for medium- and heavy-duty electric vehicles.

According to the Ottowa administration’s release, a vital pillar of the budget plan is an investment in a clean economy. “Protecting our environment and fighting climate change is the right thing to do for the planet, and it is also the right thing to do for our economy,” it says. Among other things, incentives are planned to develop clean technologies and the capture, use and storage of carbon dioxide.

Last week, the Canadian government presented its 2030 Emissions Reduction Plan. This confirms the already decided phase-out of internal combustion engines for passenger cars and light commercial vehicles in 2035 and adds interim targets. Already mentioned in the communication was 1.7 billion Canadian dollars for purchase subsidies, which is now included in the budget.

Canada aims to achieve net-zero emissions across the economy by 2050. “Canada’s average temperatures are rising at twice the global average, and three times in the North. Polluting less and taking steps to remove excess carbon from the air will be one of the most important undertakings in Canada’s history.”

Italy to invest €650 million per year to lower emissions