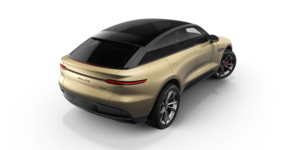 Hindenburg Research is once again making serious allegations of fraud against an electric car start-up. This time, the US company Mullen Automotive has been targeted by the short seller. Hindenburg accuses Mullen of having deceived its investors.

This applies both to Mullen’s recently reported progress in the development of solid-state batteries and to claims of orders received for its vehicles. Mullen had only invested around three million dollars in research and development in 2021 – carmakers and battery manufacturers are using many times that amount to bring solid-state batteries to production readiness. Despite the mini-investment, Mullen claims to be able to make the step by 2025.

Moreover, according to Hindenburg’s research, a recently published battery test was probably only a repeat of a test from 2020, and thus technically meaningless. Nevertheless, the publication has caused the share price (Mullen has been listed on the stock exchange since the end of 2021 via the SPAC merger) to rise by 145 per cent. A senior executive allegedly in charge of a battery joint venture told Hindenburg that the JV did not exist – and called Mullen CEO David Michery “fast-talking” and a “hustler”.

In addition, Mullen had recently made a surprise announcement that it would deliver two electric van models to a major US customer within a few months, reportedly a Fortune 500 company. According to Hindenburg, however, the vehicles are not Mullen’s own development as stated, but vehicles manufactured in China with the Mullen logo. Import records are said to show that the company recently imported two vehicles from China, one of each model. Mullen apparently does not have EPA certificates for the vans. But that is a requirement for sales – except that the whole process can take twelve to 18 months.

Nor, according to the president of the Chamber of Commerce, has there been any significant hiring at the company’s plant. Alleged images of the manufacturing plant posted by Mullen on its website are said to be stock photos, specifically from Adobe Stock Images, according to Hindenburg Research.

Mullen has had a chequered history, completely changing strategy several times. First they wanted to build an electric saloon, then in 2018 they wanted to produce the Chinese electric sports car Qiantu K50 in the US. Only two years later, an electric SUV called MX-05 was suddenly planned, which seemed to become more concrete in the course of 2021.

Before that, Hindenburg Research has attacked the electric vehicle start-ups Lordstown Motors, Nikola Motor and Kandi.