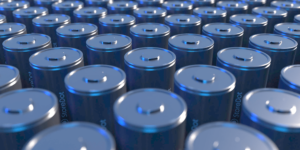 Volvo Cars has invested in the Israeli battery developer StoreDot. The two companies have not disclosed the amount of the strategic investment. Previous investors in StoreDot include Daimler, Samsung, BP, VinFast and Ola Electric.

The Geely-owned Swedish company says that the investment is being made through its own Tech Fund. This investment gives Volvo Cars the opportunity to develop new battery technologies in collaboration with StoreDot. StoreDot, in turn, wants to accelerate the market launch of its development through the collaboration with Volvo Cars. Volvo Cars says that series production will start in 2024 but this yearly figure was already revealed in May 2021, when StoreDot entered into a cooperation with the Chinese battery manufacturer EVE Energy.

In Volvo’s case, the cooperation with StoreDot will primarily be through the Swedish company’s battery joint venture, which was established last year together with the Swedish cell manufacturer Northvolt. Volvo Cars says that by investing in StoreDot, it has secured access to all the technology achievements resulting from the collaboration.

StoreDot’s battery development focuses on a special silicon anode technology and associated software integration. The goal is to develop an extremely fast charging technology. In March, the Israeli company presented its technology roadmap “100inX” whereby the cell should be able to recharge electricity for 100 miles or 160 kilometres in five minutes in 2024. In the next step, this duration is to drop to three minutes by 2028, before only two minutes are to pass by 2032.

Volvo says this aligns with its own goals of developing electric cars with greater range, shorter charging times and lower costs. “We want to be the fastest transformer in our industry, and the Tech Fund plays a critical role in building partnerships with future technology leaders,” says Alexander Petrofski, head of the Volvo Cars Tech Fund. “Our investment in StoreDot fits perfectly with this approach; the company’s commitment to electrification and CO2-free mobility matches our own.”

Over the next few years, Volvo Cars plans to launch a whole family of electric cars, with only purely electric cars to be sold from 2030.

StoreDot reported further progress in development at the end of March. The company said it had tested the first cells for more than 1,200 cycles – and that was exclusively with an extremely fast charge. Meir Halberstam, StoreDot’s CFO, now says that the Volvo investment “provides the financial firepower” to bring the “revolutionary batteries to market faster and to drive ongoing research and development in solid-state technologies”.