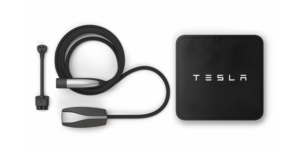 Tesla will no longer supply Mobile Connector with the delivery of its electric cars in the USA, earning criticism from the Tesla community. The Mobile Connector, which enables slow charging without a special infrastructure at normal sockets will now be sold separately.

Elon Musk cited the fact that the Mobile Connector was rarely used as the reason for removing it from the scope of delivery. According to Teslascope, a service that collects data on thousands of Tesla vehicles in order to offer services to owners, this is simply not true: the Mobile Connector is not only widely used, but may even be the number one charging solution.