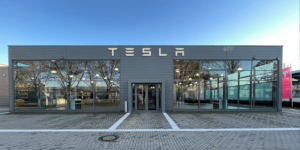 A few days ago, a stock market service circulated the news that Tesla had bought the exploration company Lithium Corporation. Later it turned out that the announcement was apparently a deliberate hoax to increase the value of the lithium company’s share.

The Lithium Corporation responded with a statement that it “wishes to inform shareholders that, contrary to a press release issued by unknown parties on the 12th of April and rumours circulating on social media, we have not received so much as an expression of interest from Tesla, Inc. and no employees have left Lithium Corporation to take up employment with Tesla. We would be happy to chat with Elon if he was inclined, but presently there is no relationship between the two companies.”

Complicating matters further, the source of the fake press release remains unknown as even 5W Public Relations, the company whose name appeared on the communication, denied distributing it. As Tesla does not even have a press relations department, the company has not taken a public stance on the ongoings.
carscoops.com