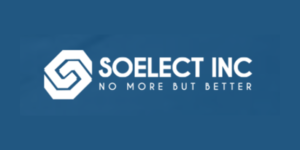 Battery startup Soelect, backed by General Motors, among others, and South Korean chemical company Lotte Chemical plan to invest more than $200 million in a joint venture to build a factory for battery materials for use in electric vehicles in the US by 2025.

The two companies say they aim to move Soelect’s current pilot production of lithium metal anodes into mass production. Soelect sees the lithium metal anode as a critical component in future battery systems. The company calls its development the “LiX” anode, which can be charged at 4C. This should allow a charge level of 100 per cent to be reached in 15 minutes.

What is clear is that lithium metal anodes have the potential to deliver more energy than, say, graphite or silicon-rich anodes. Being able to produce such materials in high quality and large quantities at competitive prices would be new.

We summarised details about Soelect’s technology and company history in the article on the Series A financing when General Motors also joined the company. At the time, Lotte Ventures, the investment subsidiary of Lotte Group, had also taken a stake in Soelect.

Since then, work has been going on busily behind the scenes. The two partners are still keeping quiet about the joint venture and the production site details. All that is known is that the battery material factory will be built in the USA. In view of the political efforts under US President Joe Biden, the joint venture should be able to count on a lavish subsidy. But the bulk of the $200 million now announced is likely to come from Lotte in South Korea: The entire Series A round brought in just $13 million for Soelect.

Mahle and Volytica to develop battery diagnostics via charging plug