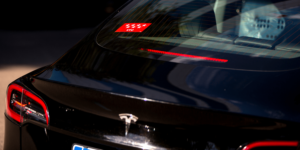 Spanish ride-hailing company Cabify is receiving a loan of 40 million euros from the European Investment Bank (EIB) for its fleet decarbonisation project. This financing aims to deploy 1,400 electric vehicles in Spain over the next few years, as well as the infrastructure needed to operate them.

In addition to the positive impact on Cabify, the EIB stresses in its brief statement that the loan also contributes to “strengthening investment in the automotive industry and in the necessary charging infrastructure” and also improves the supply of zero-emission urban mobility in the cities where Cabify operates in Spain.

It is not yet clear which models are to be purchased and how much Cabify itself is investing. Assuming an even distribution, the loan corresponds to around 28,600 euros to purchase a vehicle and the charging facility.

Cabify has set itself the goal that all trips on its platform will be made in zero-emission vehicles by 2025 in Spain and by 2030 worldwide. According to its own figures, the platform has 42 million registered users and 1.2 million drivers.

As it is a European loan, the funds will only be used in Spain. Although Cabify was founded in Madrid, it has subsequently expanded to South America rather than within Europe. Currently, the company is present in Argentina, Chile, Colombia, Ecuador, Spain, Mexico, Peru and Uruguay.