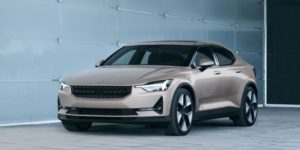 The electric car manufacturer Polestar has launched a referral programme in Europe, South Korea and the USA. However, the Polestar offer is not intended to be as extensive as Tesla’s referral programme, which has since been discontinued.

Existing customers can generate an individual referral code in their Polestar account, which can then be linked to a new customer’s account before placing an order. Upon successful purchase, referred customers will receive either charging credit for a local public charging provider worth 100 euros (Europe and South Korea) or a Google package consisting of a Google Nest Hub and a Google Nest Mini (USA).

Not mentioned in the premium levels are cars. In Tesla’s referral programme, a simple charging credit at the Superchargers was also the easiest level. In the past, Tesla drivers with a particularly high number of referrals were even able to obtain new vehicles in this way – including the Tesla Roadster 2, which, however, is still not on the market.

Fiat to go fully electric in the UK by July