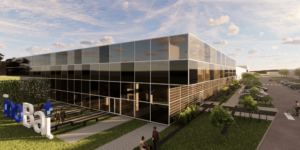 InoBat of Slovakia has agreed on strategic cooperation with Green Lithium, which is planning the UK’s first lithium refinery in the north of England. Under the partnership, Green Lithium will supply InoBat with battery-grade lithium chemicals.

InoBat’s expertise in battery technology with Green Lithium’s plans to feed into the European supply of low-carbon battery-grade lithium chemicals is to help both partners install a “cradle-to-cradle” battery value chain in the UK that extends to recycling.

Sean Sargent, CEO of Green Lithium, said InoBat was an organisation with whom we will not only have a commercial supplier relationship but one with whom we can work together as part of a wider partnership.

Green Lithium reportedly plans to build a factory at an unknown location in Northern England next year. Production could start in 2024 before reaching full capacity in 2026, producing 50,000 tonnes of battery-grade lithium products for the European automotive industry if all goes to plan.

Trafigura, a metal trader based in Singapore, is to supply the unprocessed raw material to Green Lithium. Where and in what form the lithium will be mined beforehand is unknown.

For the new partnership at hand, InoBat and Green Lithium say they will work with the relevant government authorities in the UK and the EU to achieve their strategic business goals, including InoBat’s ambition to expand its presence in the UK and develop a network of gigafactories across Western Europe during 2024.

Inobat, when announcing the above plans for the third factory in Europe, had already mentioned possibly including the UK. The company had also appointed Andy Palmer, the former Aston Martin CEO and COO of Nissan, as Chairman at the time. Palmer had been on board as a non-executive since 2020.

InoBat Auto specialises in customised battery cells using high-throughput screening (a method derived from pharmaceutical research) and artificial intelligence. The company says it aims to find the right cell chemistry for each application, be it the passenger car, commercial vehicle, motorsports or aerospace sector.

Strategic investors include Rio Tinto, Amara Raja, and Ideanomics. InoBat already has a battery research and development facility and pilot line under development in Slovakia.

BYD to supply Tesla with batteries