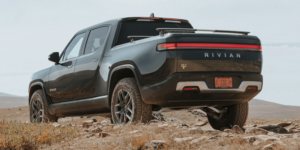 Rivian announced opening the first three sites in its “Adventure Network” today. The US EV maker finally installed charging stations near National Parks and recreational areas in Colorado and California in an attempt to brand an adventurous lifestyle supported by its electric pick-up trucks.

“We designed Rivian charging to support electrified adventure, and these first sites demonstrate how we’re enabling drivers to responsibly reach some of the nation’s most breathtaking natural spaces,” said Trent Warnke, Rivian’s Senior Director of Energy and Charging Solutions. “In addition to scenic or off-the-beaten-path destinations, our fast charging roll-out is designed to ensure travellers have places to charge along major transportation corridors coast to coast.”

Plans for the Rivian Adventure Network emerged in March 2021. Rivian, at the time, set targets to install over 3,500 DC chargers at more than 600 locations in North America by the end of 2023.

In today’s communication, the company confirmed said goals, however, without setting a timeline any longer. Rivian appears a little off route, given they have only completed the first three such hubs. Also, in Colorado, the aim was to install charging hubs at 42 locations, so it is a long way to go.

The same is true for their vehicle roll-out. The start-up managed to manufacture its first RT-1 electric pick-up trucks in September 2021 after delaying the start of production twice and has since remained on a bumpy road. In an effort to restructure production, Rivian hired Frank Klein from Magna to succeed Charly Mwangi, then Rivian’s Head of Manufacturing Engineering, in June.

Rivian runs a plant in Normal, Illinois and has plans to set up a second facility in Georgia, east of Atlanta, in Morgan and Walton Counties. Rivian ended 2021 with 1,015 vehicles produced and 920 delivered and is said to have since ramped up production to about 200 BEVs a week.