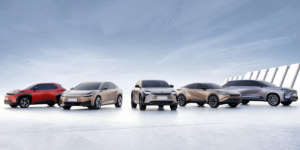 Toyota is the third carmaker, after Tesla and General Motors, to reach the 200,000 plug-in vehicle sales mark in the US, which is the threshold for receiving the federal US-wide tax credit.

According to Bloomberg’s calculations, Toyota surpassed this mark in June, and the manufacturer confirmed this to the news agency. Until the end of the quarter (30 September), the full credits will still be applied, after which they will decline. Toyota further stated that the now-following meltdown of the tax credit will increase costs for consumers and hinder the introduction of climate-friendly cars.

As Toyota has long procrastinated on battery-electric cars, the Japanese company has reached the 200,000 mark for plug-in vehicles, mostly with plug-in hybrids. The US tax credit is available for vehicles that have a battery of at least 5 kWh. Specifically, $500 per kWh is paid until the cap of $7,500 is reached – which effectively only affects plug-in hybrids. In Toyota’s case, that was the Prius Plug-in (5.2 kWh) and the Prius Prime (8.8 kWh), which were subsidised by $2,500 and $4,500 respectively. This also means that US buyers of the battery-electric Toyota bZ4X will have to hurry to still qualify for the full $7,500 tax credit.

If Toyota and other automakers’ appeals to raise the 200,000-vehicle cap on the incentive are unsuccessful, the maximum tax credit for Toyota plug-in vehicles in the US would be halved twice – specifically to those $3,750 on 1 October 2022 and then to $1,875 on 1 April 2023. The subsidy for Toyota would then end on 1 October 2023.

GM and Tesla have already passed the mark for several years. Toyota could soon be followed by other manufacturers. According to earlier calculations by Bloomberg, Nissan and Ford stood at 166,000 and 157,000 eligible vehicles, respectively, at the end of 2021. By comparison, Toyota had 180,000 eligible vehicles at the time. Demand for electric cars and hybrids has been rising sharply in the US recently, partly due to rising fuel prices.

Tesla pauses in Germany while expanding in Texas