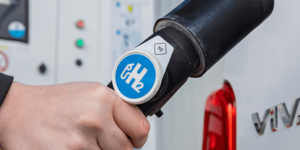 The EU Commission has approved the first 41 Important Projects of Common European Interest within the IPCEI Hydrogen this week. Officially called IPCEI Hy2Tech, first-wave participants are working on hydrogen generation and logistics focusing on uses in electric transport.

Thierry Breton, Commissioner for the internal market, said the IPCEI would see EU hydrogen production moving “from lab to fab”.

The IPCEI will therefore cover a wide part of the hydrogen technology value chain, including hydrogen generation, fuel cells, storage, transportation and distribution of hydrogen, and end-user applications in the mobility sector.

According to the press release, all 41 projects also aim at developing technologies and processes that go beyond what the market currently offers.

Selected participants include Alstom, Daimler Truck, Cummins, Bosch, Enel and Iveco, to name but a few. The Commission expects the companies to collaborate across projects and include up to 300 external partners, i.e. universities, research organisations and SMEs across Europe.

As for details on the projects, they will be made available once the Commission has agreed with the Member States and third parties on any business secrets that need to be removed.

The hydrogen IPCEI is the first to be approved based on the 2021 State aid IPCEI Communication under which several Member States can support transnational projects of strategic significance for the EU.

23 countries had set hydrogen on the IPCEI agenda spurred by the German Presidency in late 2020, as reported.

“No Member State and no company can do this on their own – considerable public, and private investment will be required, as will cross-border collaboration,” said Margrethe Vestager, Executive Vice-President of the European Commission at the time. In today’s statement, Vestager called the IPCEI Hy2Tech “an example of truly ambitious European cooperation for a key common objective.”