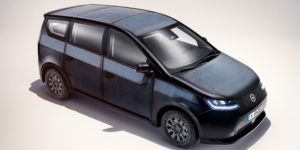 The Munich-based solar car developer Sono Motors has presented the series design of its Sion solar electric car. This only concerns the design of the body and the interior – nothing has changed in the specifications for the technology. Production is scheduled to start in the second half of 2023.

The vehicle unveiled at an event in Munich still wears the basic design of the prototypes that Sono has been using for quite a while for promotion and development drives. The compact van has thus reached its final design stage as it will be built in series by Valmet Automotive in Finland starting from next year.

The new features are mostly in the details: the light band of the front headlights has been redesigned, and the loading socket was placed centrally at the front and the air intake below it. The light design at the rear has also been revised and the reversing camera has been integrated into the design.

The interior has also been adapted for series production, where the freestanding infotainment display still stands out. The panel with real moss has also made it into the series design.

“A lot has happened,” says co-founder Jona Christians. “But one thing hasn’t changed: The solar panels are not only placed on the roof, but also in the door, the front bonnet and the boot lid, for example.” 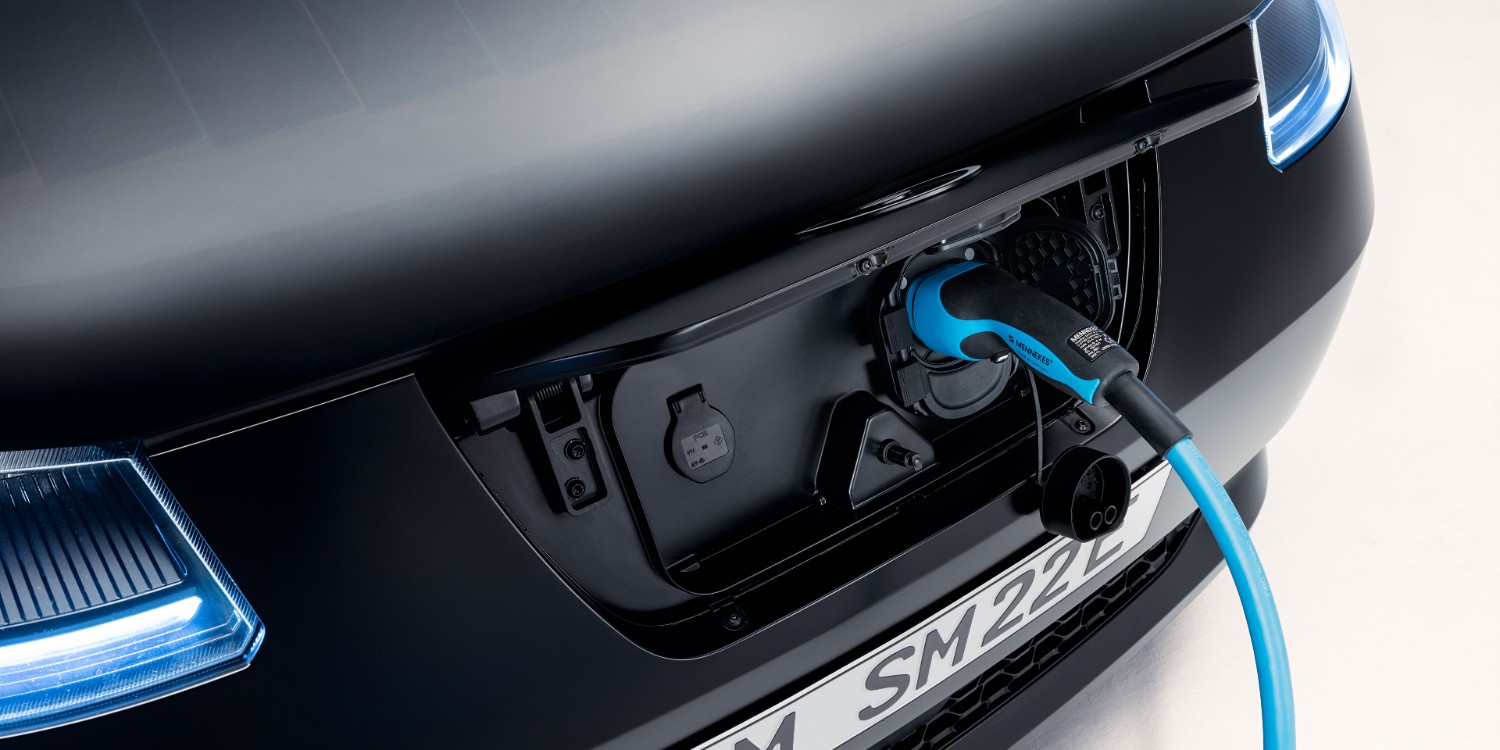 A total of 456 so-called half cells are integrated into the body. It is precisely at this point that there will still be changes between the exhibit in Munich and the later production model in order to come closer to the goal of seamlessly integrating the half-cells into the body. “The solar cell itself is not a new development of ours,” says Christians. “Everything else, encapsulation, interconnection and software comes from Sono.”

With the solar cells, it should be possible to charge electricity for 112 kilometres a week or about 5,000 kilometres a year. Or 16 kilometres a day. “This reduces operating costs enormously; customers have to charge the Sion four times less frequently than comparable electric cars,” says Christians. “The less frequent charging not only reduces costs, but is also a big advantage in terms of convenience.”

The solar and also charging power is stored in a 54 kWh LFP battery, which should provide around 305 kilometres of WLTP range. The Sion can be charged with up to 75 kW at a fast charging station, while a bidirectional onboard charger with 11 kW is installed for AC charging. The expected retail price is 25,125 euros net, or 29,899 euros gross in Germany.

In the next step, 37 examples of the series design will now be built, including 16 functional cars for tuning and validation test drives and 21 bodyshells for various load and crash tests.

A binding agreement has now been signed with contract manufacturer Valmet. “Already, the engineers from Sono and Valmet are sitting together to prepare for production,” says Jona Christians.

With the concept of integrating solar cells into an electric car, Sono Motors still sees itself in a good position. “There are two big trends that favour solar in cars. Solar has developed extremely, in efficiency and prices. Solar is one of the cheapest forms of energy we have on the planet,” says the other co-founder Laurin Hahn. “The second reason is electromobility, which has developed enormously in recent years – both in battery technology and customer acceptance.”

The intersection between these two trends is the “sweet spot we see for Sono Motors”, says Hahn. That’s why the company is now based on two pillars – its own vehicle business with the Sion and its solar technology division, which aims to integrate solar systems into all kinds of vehicles. These do not exclusively focus on electrically powered vehicles: In addition to the series-production Sion, Sono Motors presented a solar bus kit in Munich. This can also be placed on the roof of diesel buses to generate electricity for auxiliary consumers and thus reduce fuel consumption.