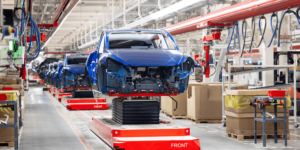 Tesla CEO Elon Musk announced that the company is working toward Tesla achieving same-hour service on its vehicles as often as possible by using “Formula 1 pit crew techniques”.