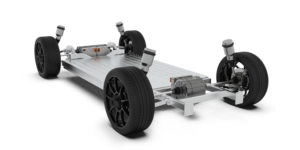 The Belgian axial flux electric motor developer Magnax has closed a new financing round of 20 million euros. The money will be used to accelerate product development, enlarge the engineering team and expand support for customers and partners.

In a Series A financing round, the company was already able to raise 16 million euros at the beginning of this year. Together with the now 20 million euros and new investors BIG Capital and SFPI-FPIM, the capital adds up to 36 million euros.

BIG Capital is the venture arm of Bitexco, a multidisciplinary group in the healthcare, energy, telecommunications and space sectors, with a presence in Southeast Asia, Europe and North America. The Federal Holding and Investment Company (SFPI-FPIM) is the Belgian sovereign wealth fund. However, the company does not name the other investors.

Magnax was founded in 2015 by Peter Leijnen, Daan Moreels, and Kester Goh focused on yokeless axial flux motor technology and develops its electric motors for both vehicles and aerospace. The commercialisation is done through two separate spin-off companies: Traxial for automotive electromobility and Axyal for aerospace applications. In December 2020, Magnax secured a €16m series A funding round led by Hirschvogel Ventures.