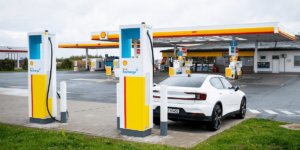 The software platform by the Israeli company includes a charging and smart energy management function. Driivz has now announced that Shell has decided to book the package with the operations and energy management platform.

The potential use of the Driivz software is large: Shell intends to operate 500,000 charging points worldwide by 2025. By 2030, this number is expected to rise to 2.5 million. The Israeli company also points to this figure in the announcement, but does not specify in detail the exact duration or scope of the agreement now reached with Shell.

The Driivz software will enable real-time monitoring of chargers, remote service functions (which the company says can proactively solve up to 80 per cent of charger problems remotely). This operational management software will initially be used for newly installed charging stations in Austria and France, Driivz said.

“We are thrilled to help Shell realize its commitment to providing the best and most convenient EV charging experience available,” said Doron Frenkel, CEO and founder of Driivz. “We are excited about the synergies between our two companies and our shared vision for emobility and sustainability for the health of the planet.”

Driivz’s software is Plug&Charge-enabled thanks to a cooperation with Hubject. Shell Recharge is not the first major customer: In September 2021, it was announced that Mer now relies on the Israeli provider’s software operating system to manage its charging infrastructure in Europe.