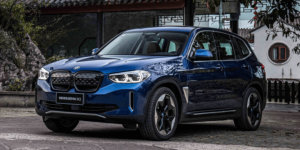 There are new indications as to which models BMW is planning for the new electric car generation based on the New Class. Initially, the focus will probably be on smaller series rather than larger models, while a successor to the iX3 is already being discussed.

It has already been confirmed that there will be an electric sedan in the 3 Series segment and a “sporty SUV” at the start. As the BMW Blog now reports, citing insiders, the SUV planned for 2025 will be the iX3, to be followed a year later by the iX4 (internally referred to as NA7). The report also said that BMW will discontinue the internal combustion X4 model due to a lack of expected demand. The current iX3, which has been built in China for the world markets since 2020, is still based on the combustion engine model.

BMW is also planning fully electric variants of the 1 and 2 Series. The BMW i1 is due in November 2027 and the i2 in July 2028. According to a second BMW Blog article, the codenames NB0 (BMW i1) and NB8 (BMW i2) will be used for these vehicles. The abbreviation NB is supposed to refer to the New Class with front-wheel drive – the “NA” models are rear-wheel drive. The combustion models of the 1 and 2 Series based on the FAAR platform will initially continue to be built. The model series will then share the numbers, but technically they will no longer have anything to do with each other.

Although BMW has not yet confirmed the information in the two blog entries, the German carmaker has recently officially confirmed the use of new round-format battery cells in its New Class electric models. The cells are to be manufactured by three partners in a total of six factories with annual capacities of 20 GWh each. CATL and Eve Energy are confirmed as partners.