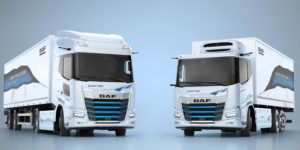 DAF Trucks has unveiled all-electric versions for its new generation DAF XD and XF truck ranges. Available to order now, the XD Electric and XF Electric are scheduled to be assembled on a new production line in Eindhoven from 2023.

Both models feature modular powertrains with Paccar e-motors producing between 170 to 350 kW and a range of battery packs for ranges from 200 to over 500 kilometres, which can be charged at up to 325 kW. This was announced by the manufacturer on the occasion of the premiere of the vehicles at the IAA Transportation in Hanover.

According to DAF, the new generation of the XD series (both electric and combustion) is to set “new standards in the distribution segment”. This includes, for example, a new cab with larger windscreens and side windows and a lower beltline for better all-round visibility. Other features such as a curb view window, a folding passenger seat and assistants such as the DAF Digital Vision System and DAF Corner View are also designed to improve the driver’s view. The cab is available in Day Cab, Sleeper and Sleeper High Cab versions. 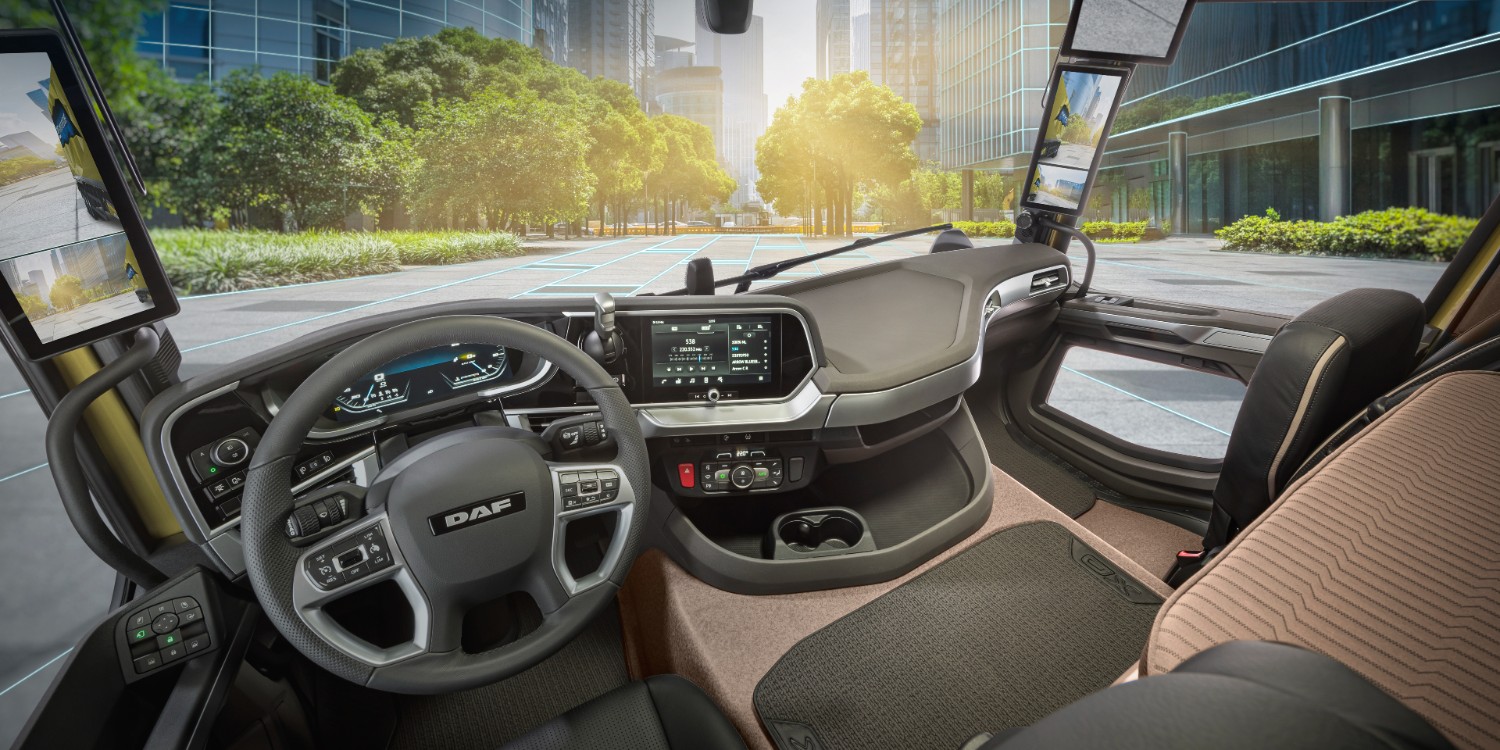 For long-distance transport, a Day Cab and a Sleeper Cab also complement the previously available Sleeper High Cab – and the new electric drive.

DAF does not mention the details of the individual combinations of powertrain, battery packs and chassis in the announcement, but provided some excerpts from the technical data sheets. Two battery packs with a combined 210 kWh are at least on board. The version with three battery packs should be able to charge from 0 to 80 per cent in just over 45 minutes at a corresponding DC charging station. Although DAF assumes that charging will primarily be done with direct current due to the battery sizes, there will also be an optional 22 kW AC charger. This is to give operators the flexibility to charge the vehicle in locations without DC equipment.

In the version with five battery packs (525 kWh), the 500-kilometre range mentioned at the beginning is supposed to be possible, but only “depending on circumstances and application”, as DAF somewhat qualifies in the announcement. The Dutch do not specify which conditions and applications these are.

What is clear is that the Paccar EX-D1 drive will be offered with 170, 220 or 270 kW. The Paccar EX-D2 is available with 270, 310 or 350 kW. With the former, the maximum torque is 1,200 Nm, with the D2 it is up to 19.75 Nm. Both engines are combined with a three-speed transmission from ZF. DAF thus offers a wide variety of electric drive systems so that customers can find their suitable e-truck.

The XD Electric and XF Electric will be assembled on a new production line in Eindhoven from 2023. DAF is not yet giving prices for the vehicles, but states that the models will be in the premium segment: “With the all-new modular EV-powertrains, DAF once again takes the lead in zero-emission transport, offering premium fully electric truck solutions to its customers.”

The XF and XD Electric models unveiled at IAA Transportation are DAF’s third and fourth electric models. So far, the Dutch company has offered the CF Electric as a three-axle truck with up to 28 tonnes, while the LF Electric is a 19-tonne truck with two axles and a payload of 11,700 kilograms. The LF Electric has been delivered since September 2021.