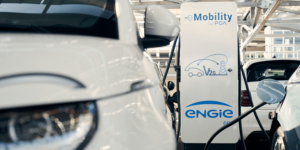 Engie has won several charging infrastructure contracts in Belgium and France. The tenders amounting to thousands of installations of AC and faster DC charge points with ultra-rapid charge hubs along motorways also being in the mix.

The latest contract was signed in Belgium, where Engie will install and operate 2,800 public charging stations for electric vehicles in the Flemish provinces of Antwerp, Limburg and West Flanders. The installation will start this month and to be completed in two years. The facilities will total 5,600 charge points since each station can charge two EVs.

Engie has also secured several contracts for charging infrastructure in France in recent months: Strasbourg has contracted the energy company to implement 500 charging points by the end of 2025, while a framework contract with the Métropole d’Aix-Marseille-Provence provides for at least 260 charging points by 2024.

APRR has also selected Engie to build and operate ultra-fast charging stations at 16 motorway stations between Paris and Lyon and SANEF for high-power chargers at 18 motorway sites in eastern and northern France and Normandy. Additional fast chargers are being built at least 15 Esso motorway service stations in France as part of a partnership with Certas Energy France.

And: Engie is supporting the car park operator Indigo in introducing the first ultra-fast charging stations in underground car parks. The project involves equipping 35 sites in 20 French cities with a total of almost 280 fast chargers.

Cécile Prévieu, Engie’s Executive Vice President in charge of Energy Solutions activities, said: “This latest success comes hot on the heels of others over the last few months, particularly in France.” He added, Engie was “proposing long-term partnerships with regions to support them with their energy transition”.