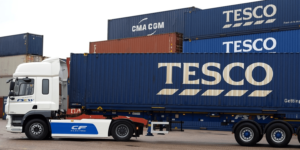 Shell will install charging stations for electric cars at more than 100 Tesco stores in Hungary by 2025. In the first phase of the partnership, existing charge points already established by the supermarket chain will become part of the Shell Recharge network.

Subsequently, Shell will equip more than 100 Tesco locations across Hungary with charging stations over the next three years. The oil and gas corporation plans to install a mix of 22 kW AC chargers and 50 kW DC chargers.

Neither Shell nor Tesco is new to the e-mobility space, and both operate widely in the UK. However, as reported, Tesco relies on different partners for charging infrastructure at its stores, namely Pod Point and Volkswagen.

In Hungary, Shell Recharge considers the team-up with Tesco for destination charging an important step. The demand for this service was growing, so Shell, with research showing that 32% of people who charge their electric car say they have eaten or drunk something during the charging time, 29% have bought food, and 28% have bought other retail products.

Tesco and Shell have been working together in Hungary since 2009 when Shell leased 41 sites from Tesco. EV charging is currently available at nice Shell forecourts, including six Shell Recharge locations and three Ionity locations.

Tritium to supply DC chargers for EV Highway in Australia

Ionity to cooperate with &Charge