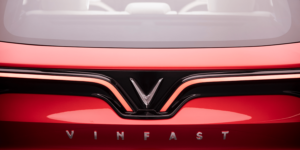 Vietnamese newcomer VinFast is recalling around a third of its electric cars sold to date on the domestic market. Specifically, the recall affects 730 units of the VF e34 model, in which the side impact sensors must be replaced.

The exact issue was described by VinFast in a statement: “The side crash sensor of the airbag system equipped with the VF e34 model is likely to encounter an incompatibility error with the airbag controller… and therefore may send an incorrect signal to the controller.”

Fortunately, the issue was discovered before it led to any serious problems, as the company said it has not recorded any breakdowns or complaints from customers about the sensor errors.

VinFast is currently gearing up to expand in the US American market, where it will have to compete with legacy automakers and plans to deliver its first batch of 5,000 vehicles in November. Production at their planned factory in North Carolina is planned to take off in 2024, where the VF 8 and VF 9 will be manufactured.

Just a few days ago, VinFast also announced plans to launch their European market strategy with the establishment of headquarters in Frankfurt, Paris and Amsterdam.

Tesla launches another recall for the Model 3 in the USA