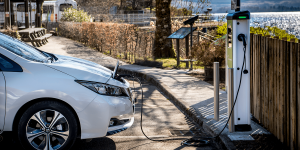 Almost a quarter of Scotland’s public charging points for electric vehicles were faulty when BBC Disclosure did spot-checks on the network. A snapshot over a six-week period of the state of the 2,200 chargers installed using Scottish government grants uncovered issues at 535 units.

While the demand remains small, with about 50,000 electric vehicles on Scotland’s roads, making for just 2% of the total vehicles, the number is growing. By 2030, new petrol and diesel vehicles will be banned, so at the latest by then, the charging network will have to be operational. Interestingly enough, until the BBC spot check, Scotland had assumed most of the network was in good shape, as Transport Scotland figures suggested that 98% of the network was fully operational in September.

The tight charging situation has also had its impact on drivers, as Laura Young, Scottish environmentalist, explains: “At the beginning, when I was driving along the street, you would see another electric car and think, ‘oh hello, how exciting, another electric car.’ And now I’m like, ‘oh my goodness, they’re my competitor’.”
bbc.com

Volvo issues recall for 15,000 vehicles in the USA