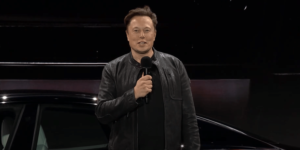 Elon Musk has dumped another 19.5 million Tesla shares worth $3.95 billion. Musk now still holds around 14 per cent of Tesla. The value of Tesla shares has fallen to its lowest level in almost a year and a half.

The latest share sales are probably related to Musk’s takeover of Twitter, which was completed in October. Back in August, Musk had sold 7.92 million Tesla shares worth 6.9 billion dollars – at that time still in preparation for the Twitter deal.

The fact that the 19.5 million shares from the current sale are now only worth 3.95 billion dollars – compared to the 7.92 million shares for 6.9 billion euros in August – illustrates the price development of Tesla shares in recent months. In fact, the share has fallen to its lowest value in 17 months and is currently worth just under 200 dollars.

This also has consequences for Musk’s fortune itself, albeit at an extremely high level: according to Reuters, his net worth fell to less than 200 billion dollars.

In April – shortly after the Twitter takeover was announced – Musk had sold off a first block of Tesla shares to finance the purchase. At the time, he stated that he was not planning any further sales – and subsequently nevertheless dumped Tesla shares worth almost 11 billion dollars.

NEV registrations remain at record high in China over October