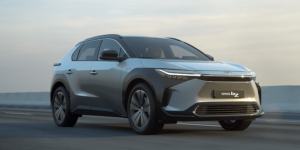 It is no secret that the range of electric cars decreases in cold temperatures. But the Toyota bZ4X seems to particularly underperform in this respect. Scandinavian journalists achieved only about half of the promised WLTP range in tests with the Toyota electric car – and not at sub-zero temperatures, but at 4 degrees Celsius.

Toyota Europe and Toyota headquarters in Japan have launched an investigation to evaluate the test results. A Danish Toyota spokesperson explained that the electric SUV still has a reserve in its battery pack when the range indicator has already dropped to zero. However, this at best explains only a small part of the large discrepancy – especially since the difference between the WLTP and the real range is much smaller for other electric models under similar conditions.

Incidentally, the fact that the Toyota bZ4X has a cold problem is not new: In the footnote of a US press release, Toyota already warned a few months ago that DC charging might not be possible at all in cold temperatures with the all-wheel-drive version of the bZ4X.

BMW struggles to sell the i3 in China