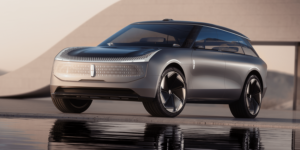 At least 356 dealers of Ford’s Lincoln brand in the USA will install charging infrastructure at their stores. This figure makes up 59 per cent of all the brand’s dealers, which are said to be responsible for almost 90 per cent of all Lincoln sales.

According to Carscoops, the 356 Lincoln dealers have committed to selling the brand’s electric vehicles. The investment in AC and DC charging infrastructure is said to amount to at least $500,000 each per location. Although Lincoln does not yet sell electric cars the carmaker has announced four electric models by 2026 and plans to electrify its entire model lineup by the end of the decade.

The Ford brand unveiled two electric vehicle concepts last year, the Star Concept and the Model L100 Concept, although the start of the actual electric push is likely to end up being more conventional than the studies shown. According to earlier information, the four electric models announced are apparently electric versions of familiar combustion models. As Electrek wrote in the spring of 2022, citing “a source with knowledge of the matter,” two of the four models are to be fully electric versions of the Aviator and Corsair.

According to the source at the time, production of the seven-seat Aviator would start in December 2024 and that of the Corsair EV in February 2025. The information largely coincides with a Reuters report from mid-February 2022 when three sources revealed there was talk of at least five E-SUVs by 2026. Among them were apparently BEV models that would replace or supplement the Lincoln Corsair, Nautilus, Aviator and Navigator models.