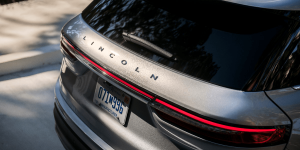 Ford’s Lincoln brand looks like it will be launching at least five battery-electric SUV models by 2026. Among these will be the battery-electric (BEV) models that will replace or complement Lincoln’s Corsair, Nautilus, Aviator and Navigator models.

Reuters revealed the US carmaker’s plans citing three people familiar with the matter. The four models mentioned cover different segments from the compact Corsair with a length of 4.58 metres to the Nautilus (4.84 metres) and Aviator (5.06 metres) to the Navigator, whose long version comes to 5.65 metres. Some of the models are already available as fully hybrids (HEV) or plug-in hybrids (PHEV), but not yet purely electric versions.

Lincoln published details of its electric strategy in June 2021, announcing that it would electrify its entire model range by the end of the decade. At the time, Lincoln did not comment on specific models and will currently neither confirm nor deny the new information. A spokesperson for the brand told Reuters that it is still “too early to talk about specific details on future vehicle or production plans.”

As Reuters writes, Lincoln’s electric strategy is a key element of Ford’s planned $30 billion investment in electric vehicles and batteries by 2030. Almost two years ago now, the first reports of Lincoln’s first electric car models were revealed, which were to be based on the Rivian’s skateboard platform following Ford’s investment in the US startup. Only three months after the official announcement, the cooperation was stopped in April 2020, instead Lincoln wanted to push the first electric car on its own.