The Australian Clean Energy Electric Vehicle Group (ACE EV) has presented their first battery-electric vehicle at the Tonsley Innovation District in Adelaide. One hundred cars are to be produced while the company acquires further funding. 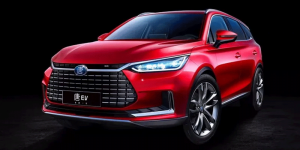 The Australian startup ACE EV (Australian Clean Energy Electric Vehicle Group) is building a production facility in Adelaide to manufacture electric vehicles in cooperation with truck body makers Aldom Motor from 2020. The aim is to increase production to up to 15,000 vehicles per year by 2025. 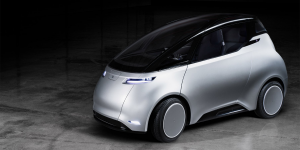 The Swedish EV startup has announced plans to begin manufacturing their compact battery-electric Uniti One in Australia in the future. An annual capacity of up to 10,000 units are expected. The two-seater will begin production in Adelaide in 2020.

European fast-charging offensive: The CHAdeMO Association announced that 532 new multi-standard chargers will be installed in 2016 as part of five EU-funded projects. That includes the Fast-E project in Germany, Belgium, Czech Republic and Slovakia (307 chargers), as well as Mecor and Great in Denmark and Sweden (185) and Unite-E in Belgium, France, Italy and the UK (40).
insideevs.com, chademo.com (PDF)

News deal for Govecs: The Munich-based manufacturer will deliver another 250 electric scooters to Cooltra for a free-floating scooter sharing scheme in Barcelona. The Govecs Go! S1.5 features replaceable batteries, meaning a mobile service team can exchange empty batteries with full ones, so that the scooter can run continuously.
pz.vibrio.de

Triple the net worth: According a recent financial report, Tesla’s Supercharger network tripled in value in 2015 compared to the previous year. While 334 Superchargers with a carrying value of 107m dollars were online by the end of 2014, the number jumped to 584 stations worth 339m dollars by the end of last year.
electrek.co

New e-taxi fleet: Indian city Gurgaon has a new taxi service called Smart-E. The fleet consists of 50 all-electric vehicles; the company says it wants to have 1,000 EV is service by the end of the year.
dailymail.co.uk

Perks for EV drivers Down Under: In order to get more EVs on the road, Australian city Adelaide wants to push the development of charging infrastructure, as well as offer a “huge…positive price discrimination” and perks such as discounted parking in the city. Adelaide hopes to be carbon neutral by 2025.
indaily.com.au

New express station from ChargePoint: The low-cost Express 100 DC charger was designed for businesses that want to offer charging to customers. The 24 kW station is for now only available with the SAE J1772 combo plug, but ChargePoint says, it wants to launch a CHAdeMO version later this year.
insideevs.com, greencarreports.com

Symbio expects sales to soar: Fuel-cell system provider Symbio FCell predicts that it will deliver 1,000 electric Renault Kangoo with fuel-cell range extenders (Kangoo ZE-H2) next year. So far, more than 50 units have been delivered, with 200 expected for the full year.
greencarcongress.com

Celebrating a milestone: British Lex Autolease says it has delivered its 2,000th plug-in electric vehicle. Lex Autolease claims to be responsible for around 7% of plug-ins on UK roads, which is believed to be the largest fleet of its kind in the country.
fleetnews.co.uk, evfleetworld.co.uk

Australian city offers incentives: Adelaide City now offers businesses, residents, schools and community groups up to 5,000 dollars for installing solar panels and energy storage. Installing a charging station for electric cars will get them up to 500 dollars. It is the first place in Australia to offer these kinds of subsidies.
moneymorning.com.au, energymatters.com.au