Renault declares diesel dead: The French carmaker sees diesel disappear from most of its European line-up soon. The assessment followed an internal review of costs of meeting tighter emissions standards in the wake of the Volkswagen scandal. Tougher testing will eventually make diesel technology more expensive than electric drives. Renault’s A, B, and parts of the C segments are thus likely to be diesel-free by 2020. Other carmakers may drop diesel entirely by 2025.
reuters.com

800m dollars for electric buses would Cambodia need to spend where it to develop an automated gateway transit (AGT) system, a feasibility study finds. The AGT runs electrically and consists of coaches that can carry up to 30 passengers. Cambodia currently examines financing options.
khmertimeskh.com

The cooler the faster: 80 percent charge in less than 20 minutes is the promise of a cooled cable and connector by Huber + Suhner. The integrated cooling circuit enables high power charging with 350 kW easily – once the chargers are ready. The cooled cable is available with CCS type-1 and 2 connectors.
realwire.com

Ride saving technology: The AAA’s mobile EV charging units have saved “thousands” of electric cars, according to the association. Still, it points out that EV drivers seem rather range-aware. The trucks feature Level 2 AC and some CHAdeMO DC chargers powered by onboard generators.
electrek.co 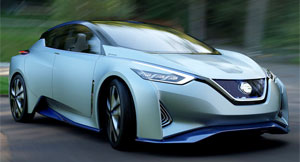 Freedom Plan: A 4-tier vision for electric mobility has been presented by Dutch Fastned. First, Fastned plans to grow its number of fast-charging station in the Netherlands from 50 to 130 by 2017. Secondly, European expansion as well as the increase of power from 50 to 150 kW is to happen until 2018. Furthermore, prices have to decrease while Fastned plans to invest in its own solar power facilities.
fastned.nl

Driverless e-minibuses: The Greek city of Trikala is testing autonomous electric minibuses as part of an EU project. Trials with the CityMobil2 built in France started already and will last until the end of February. The 10-seaters are guided by GPS and other sensors but limited to 20 kph.
hometownstations.com

Edmonton too is testing electric buses to see if they can withstand the Canadian cold climate. The buses will be tried in regular service in wintry conditions but with drivers steering.
edmontonjournal.com

Hybrid double-decker: Bus builder Alexander Dennis secured an offer from London for its new Enviro400H bus. 19 of these hybrid double-decker buses incorporating BAE technology are due to enter service in the British capital before the year’s end.
alexander-dennis.com

Smart EV charging: eMotorWerks has teamed up with ClipperCreek to integrate the JuiceNet platform for smart grid EV charging. JuiceNet transforms EVSEs into connected, smart appliances which are controlled via the cloud-based, self-learning software platform that includes an app.
greentechlead.com