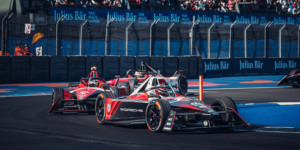 At the Mexico City E-Prix, the first race with the new third-generation electric racing cars, German carmaker Porsche made a successful start to the season: The race win went to Jake Dennis from customer team Andretti ahead of Porsche works driver Pascal Wehrlein in second place. Third place went to Lucas di Grassi for Mahindra […] 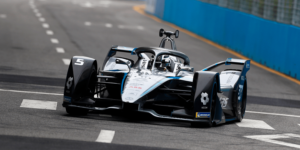 Stoffel Vandoorne has won the Formula E championship. At the final race weekend in Seoul, a fifth and a second place were enough for the Mercedes EQ driver to win the title. The manufacturers’ championship also went to Mercedes for the second year in a row. 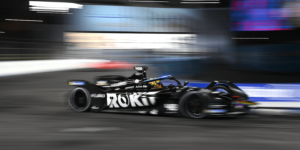 Andretti driver Jake Dennis and Venturi driver Lucas di Grassi won races 13 and 14 of the Formula E season in London. In the battle for the championship, Stoffel Vandoorne and his Mercedes team were the big winners even without a race win. 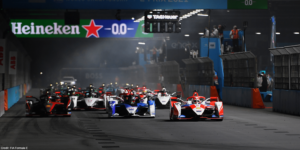 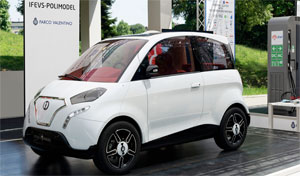 ABT heart: For the second ePrix season, ABT’s exclusive technology partner Schaeffler developed the drivetrain for the ABT Schaeffler FE01 race car. The heart is the electric motor called ABT Schaeffler MGU 01, said to combine the best possible efficiency, high reliability and optimal thermal management thanks to a modified cooling system.
prnewswire.com

Connected e-bike: At the Eurobike, manufacturer Bulls will present its connected pedelec ‘Bulls Sturmvogel E Evo,’ developed together with Deutsche Telekom and Brose. The e-bike can analyse wears and tears, warn against (its) possible robbery and even call for help during an accident.
telekom.com (in German)

More drivetrain troubles: The Andretti Autosport Formula E team has issues with its new drivetrain, developed for the second season. It therefore announced that it will stick with the Spark SRT_01E from season one. Earlier, team Trulli had reported a similar problem.
autosport.com

FIA has chosen 8 manufacturers which will be allowed to build their own drivetrain for the second season of the Formula E. That includes specifically the e-motor, the inverter, the gearbox and the cooling system. The “chosen ones” are ABT Sportsline, Andretti, Mahindra, Motomatica, NEXTEV TCR, Renault Sport, Venturi Automobiles and Virgin Racing Engineering.
fiaformulae.com