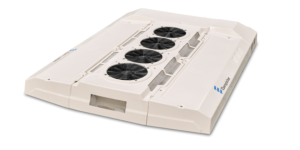 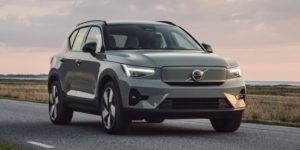 Rumours have been around for some time, but now an Indian regional government has claimed that Tesla will indeed build a plant on the subcontinent. As yet, there is no firm timetable yet for the start of local manufacturing.

Tesla’s imminent launch in India that was announced by an Indian minister at the end of December is now taking shape. The electric car manufacturer has established a subsidiary there under the name Tesla India Motors and Energy Private Ltd.

Video tip: Toyota turned the purpose of the Nürburgring upside down when it sent its Prius on a race to save. On its 20 minute and 59 seconds lap, the plug-in hybrid used only 0,34 l (698 mpg, imperial) while driving mostly electric.
youtube.com via electriccarsreport.com

Reading tip: Almost like in the old times, one is tempted to say, when hearing about Naveen Rabelli who drove from Bangalore, India to London, UK in a Rikscha. Only this three-wheeled tuk-tuk was solar powered.
timesofindia.indiatimes.com, greenoptimistic.com

Video tip: In a new episode of ‘Translogic,’ Jonathon Buckley gets behind the wheel of the BMW i8. And he loves every minute of it. He also speaks to Paul Ferraiolo from BMW of North America, who sums up all the i8 has to offer.
autoblog.com

Click tip: Mahindra Reva e2o electric cars took to the streets of Bangalore for a 5-kilometre e-rally over the weekend. Judging by these photographs, it was a fun 5 kilometres.
rushlane.com

First BYD e-bus in India: In Bangalore, the first electric bus of India has been unveiled. The Karnataka State and Metropolitan Transport Corporation based their decision on successful trials of BYD e-buses in cities around the world and expect the new bus to save Bangalore millions in fuel cost.
electriccarsreport.com

Reluctant ActivE hand-over: As BMW’s electric car trial scheme in the U.S. is nearing its end, participants are asked to hand in their electric 1-series prototypes. Keeping its testers on board by offering the i3 instead proves hard, as most Electronauts just do not see how they could pay for an i3 which lease is almost double of what they used to pay for their beloved ActivE.
transportevolved.com

Brave new charging order: A study by Sichuan University, China, is trying to give a solution for the management of millions of EVs at charging stations during peak times. Their prioritisation is based on an EV’s distance to destination and the urgency to get there, but would require drivers to actually state these infos correctly.
green.autoblog.com