Sadiq Khan, the Mayor of London, has announced plans to invest an extra £24m to help more black cab drivers switch to electric vehicles. The plans will more than double the TfL’s existing £18m fund. Additionally, grants will be restructured to provide more payments at higher levels. 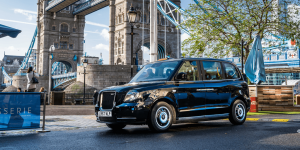 Reading tip I: It takes time to become iconic and Aatif Sulleyman describes the history of London’s Black Cab from its early beginnings as a horse drawn coach over early attempts of electrification to its future as electric hi-tech carriers. Next time you hear cab, think cabriolet.
gizmodo.co.uk

Reading tip II: Another, shorter look back is taken by Sami Haj-Assaad, who recounts the 15 years since the introduction of the Toyota Prius. Although Honda brought the Insight first, it is the Prius that seized and still wears the hybrid crown.
hybridcars.com